Copyright © Best Schools Consulting Group - Education at the Speed of Each Student. All rights reserved.

Jeff Bradley’s career in independent education has included positions in rural, suburban, urban and international schools. Jeff served as teacher, coach, English department head, and dean at the Bullis School, MD, directed the Advanced Studies Program at St. Paul’s School, and served as headmaster of The American School in Switzerland.
Jeff holds a B.A. in Philosophy and an M.A. in English from Georgetown University. Having co-chaired accreditation visits to several international schools in recent years, Jeff currently sits on the Commission of American and International Schools Abroad (CAISA) of the New England Association of Schools and Colleges (NEASC).
Jeff joined Educators' Collaborative in 2008, where he conducts head and senior administrative searches, and assists schools and organizations with strategic planning and governance.  In 2012 Jeff co-founded OESIS – The Online Education Symposium for Independent Schools, a semi-annual gathering of independent school teachers, administrators and other thought leaders exploring the challenges and opportunities posed by online and blended learning.

Sanje Ratnavale
Sanje is the President and Co-Founder of the OESIS Group (Online/Blended Education Symposia for Independent Schools) that runs the various OESIS initiatives from symposia to research. He has held senior administrative positions at independent schools including Associate Head of School at a K-12 school for seven years and High School Principal for three years.  Sanje has taught Latin and History at the High and Middle School levels: his educational career spans both British (Windlesham House School) and American (Marlborough School and Sierra Canyon School) independent schools, schools that are boarding, single sex and co-ed institutions respectively. He was one of 3 founding administrators of a brand new Greenfield independent school built on the outskirts of Los Angeles into a K-12 institution with 850 students, a 35 acre campus and $80 million in assets during his 7 years tenure. Prior to making a switch to education, Sanje spent 15 years in venture capital, investment banking and senior C-level management. He was educated at Oxford University (B.A. and M.A. in Law) and the British independent school system (Harrow School). Sanje is based out of Los Angeles. 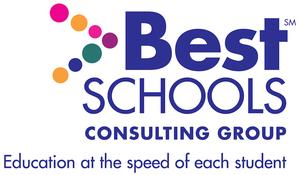 Advisory Board - In Formation

Dr. Kevin J. Ruth is the President of ECIS, a 700 school association of international schools based out of London.  He is a member of the Online Executive Panel (Education) for McKinsey & Company and the Feedback Forum for the Financial Times.